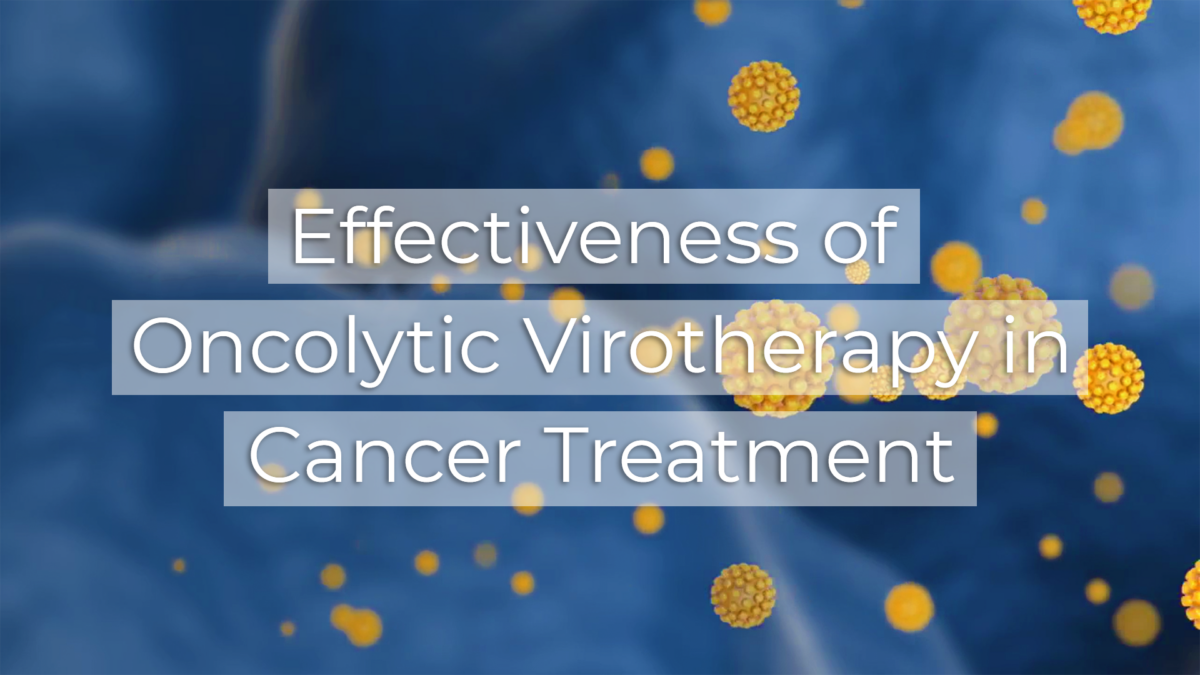 Oncolytic viruses are currently being used as new treatment interventions for cancer. Oncolytic viruses are selective in the manner they target and destroy cancer cells without affecting healthy cells. The action of these viruses reduces the viability of cancerous cells to an appreciable level making a promising strain of viruses used in virotherapy. According to Zheng et al., 2019, oncolytic viruses are considered to be the most recent development in cancer therapy approved by a number of regulatory bodies such as US Food and Drug Administration. In addition to protecting healthy cells, oncolytic viruses target more than one oncogenic pathways, and the resulting cytolytic activity can be achieved in different ways, a property that offers better treatment for cancer than other therapeutic treatments. The viruses overcome the defensive mechanisms of cancerous cells exerted by the membrane complement regulatory proteins they express on their surface. According to Tilgase et al., 2018, there is an increased number of studies being done on the use of oncolytic viruses in the treatment of various cancers. Several oncolytic viruses have been tested and approved for the treatment of certain types of cancers. The action of some oncolytic viruses has been associated with appreciable clinical benefits in treating certain cancers, and more studies are hoped to provide a way through which a certain oncolytic virus can be used in the treatment of various cancers.

Why are Oncolytic Viruses a Preferred Treatment of Cancer?

At the moment, an oncolytic virus has been approved for the treatment of melanoma, but its use in the treatment of other cancers such as lung, gastric and pancreatic cancer is still under research. No resistance has been reported for oncolytic viruses, and the safety of using the viruses in virotherapy has been confirmed, and their effectiveness has been confirmed in vitro. The viruses do not affect the viability of peripheral blood mononuclear cell, which confirms that virotherapy using oncolytic viruses does not affect the functioning of healthy cells of the human body. Cytolytic properties and clinical benefits of some oncolytic viruses that have been approved so far reveal they are specific to certain cancers, but further studies will help to determine other entry mechanisms and immune responses that can be manipulated to treat other cancers that are currently not indicated for these viruses. The invention of oncolytic viruses such as Rigvir and Oncorine and Imlygic is a milestone at the moment as the fight for cancer has intensified globally with particular attention to the development of effective treatment interventions. According to a report from KPMG, virotherapy is a promising treatment for cancer due to its ability to treat a variety of cancers and its cost-effectiveness. Virotherapy offers less expensive treatment options for cancer in addition to having positive impacts in the oncology paradigm.